Characters are what make portrait photography fun, and it was great to work with a family of characters celebrating a 70th Birthday. 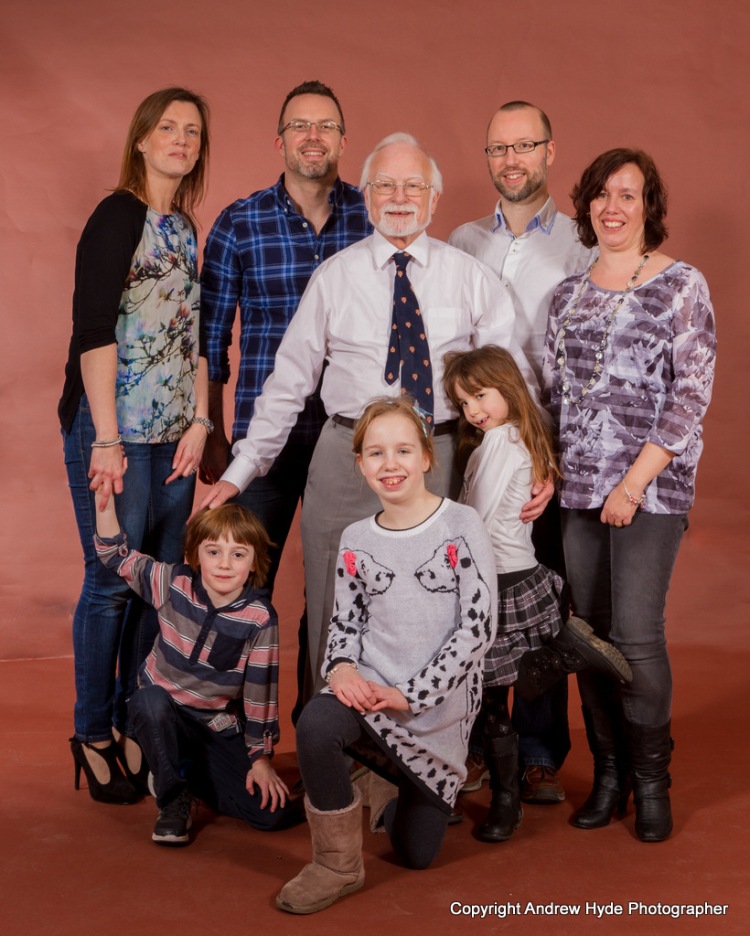 Just before Christmas Paul contacted me about his upcoming 70th Birthday and how he’d like to do a portrait shoot with his family following a birthday meal. A quick exchange of emails ensued and we were all set to meet after lunch one Sunday afternoon.

I’ve worked with Paul several times in the past, only normally when I shoot Paul he’s leading the Hitchin Symphony Orchestra, so a group of 10 family members was much more manageable than the 40 or so classical musicians that normally accompany him (see some of the Hitchin Symphony Orchestra photos here). However 10 was still a large group for a portrait shoot so taking advantage of being mobile I simply hired a hall which gave us plenty of space to work and arranged the shoot to be there. This also gave plenty of parking spaces too!

Before the shoot I’d set Paul some homework to work out what particular shots he wanted. Obviously there was the big group photo, but Paul had chosen a series of shots with his children, grandchildren, and various couple and family shots so we were quickly able to get up and running. I always like to mix things up a bit, so as the shoot moved on I took advantage of the situation as the energy of the shoot built and grabbed some extra shots, as people started to relax. 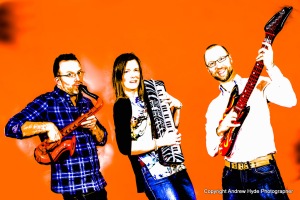 Something I bring to a lot of my portrait shoots now is a set of inflatable musical instruments. Knowing how important music is to Paul I felt this would be well received, and would also compliment the more formal poses and groups Paul had asked for. The inflatables are great way to get my subjects interacting with each other and myself, and no one can resist smiling and being a being a “big kid” with bright orange saxophone in their hand.

Finally, I always offer formal head and shoulders shots as an extra at the end of the shoot. With more and more people having an online presence, a good portrait shot is invaluable for LinkedIn, Facebook, or even just the company’s structure chart or web site.

Use the contact form (Click here) or send me an email at Andrew@AndrewHydePhotographer.co.uk if you’d like to talk to me about booking a photoshoot for your family and friends. 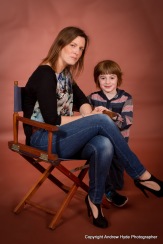 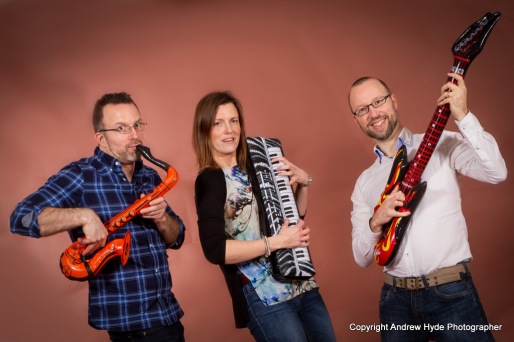 All images are copyright of Andrew Hyde Photographer and may not be reproduced without permission. Please contact me if you would like to purchase a print of any image or license the image for your own use.